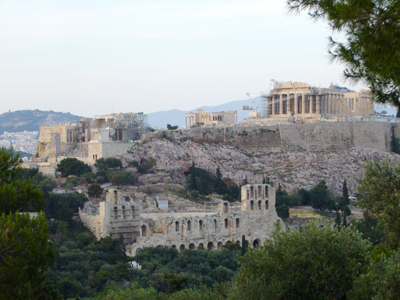 In Greece olive tree appeared thanks to goddess of wisdom Palas Athénée who has given rise to soil a fruit which has important virtues  for the man. The most important of these virtues is that this fruit will allow to the men to feed.

This example illustrates well how the cultivation of olive trees was important since the antiquity.

Greeks saw in olive oil important benefits for the health and on the body, it’s why a cult was dedicated to it.

But they don’t see olive oil only for its taste already very well, but for them olive oil was useful.

It had a key economic side for Greece, indeed the country did a lot of trade with olive oil.

Olive oil was retained like a precious and rare object in containers.

All shows how has olive oil has a old story, this story as we have seen above, is not only had to its taste but also to all the properties it had and has today yet