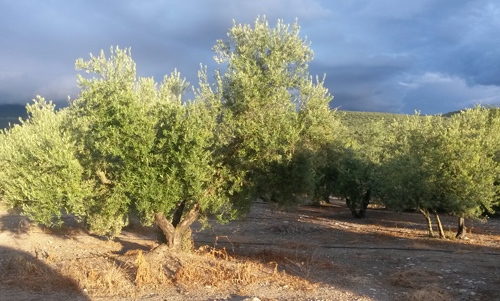 The olive tree is often quoted in the Bible. This tree is thus crowned. The most known story is the one where the dove of Noé brings with her an olive branch in its beak, meaning the end of the disaster. What had deserves it to be a peace symbol. Besides, it was even to use during ceremonies of Christian Churches, such as certain baptisms.

So, in the Christian religion, it symbolizes the peace, the blessing, the forgiveness and the reconciliation.

The olive tree is a rented tree, with the fig tree, it has one symbolic fort. Its oil plays moreover an important role, according to the papers “ the lamp is in one (bowl of) crystal and this one looks like a celestial body of big brightness; its fuel comes from a blessed tree: an olive tree neither oriental nor western the oil of which seems to light without that the fire(light) affects it. Light on light. “. The oil of this blessed tree would thus be a light source guiding the men.

A universal presence through the ONU

The olive tree symbolizes the world peace through the representing flag, on a bottom of the blue color, one olive tree branches surrounding the world.